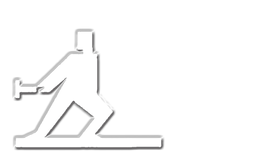 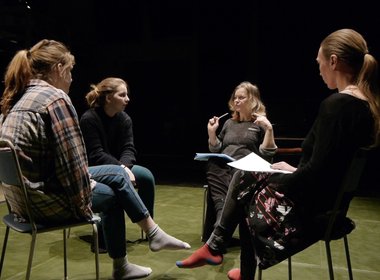 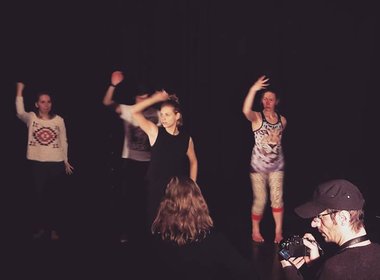 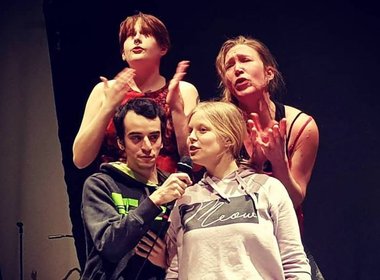 Music By Kenneth Cosimo, Kulturreservatet and Emanuel Söderberg on Violin.

Temporary Monad - to create a scenic room for a common universe A dance performance.

A multidisciplinary project initiated in the Spring of 2013. Artists from all over the world participate in creating performances that deals with humanity, nature, birth, good, evil, and the origins of creation, in short, the fabric of life. The foundation for this is the tales and traditions of different peoples around the world. Temporary Monad is a connection with the performance frontier and politics in the broadest contemporary global meaning.

DOOR 9 This performance is based in the concept of "shadow" that allows us to understand one of the characteristic features; essential and original from Andean traditional medicine and in general of the Americas: the profound relationship between the visible world and the "invisible"world that means, the ancestral mythical universe.The term "shadow" refers to one of these intangible principles of the man who, other than the "soul" and with autonomous functions regarding the body and the sensory awareness, enjoys its own characteristics together with the possibility to exist and to feel without relying on the body. Oscar Naters

A constant aspect of the full creative core that form Oscar Naters (Researcher, director, choreographer, visual artist, lighting designer, video-artist, and performer) and Ana Zavala (Choreographer, dancer and performer) is the search for new languages and supports, thus developing a confluence of dance, performance, the intervention of heterogeneous spaces, sound, visual arts, and new media. In recent times, their main interest lies in hybrid performances in which the creative process proceeds by reuniting elements from several different cultures or cultural sources. INTEGRO has staged thirty productions that have been presented in numerous local and international festivals in countries such as Germany, France, Argentina, Austria, Brazil, Colombia, Costa Rica, Croatia, Ecuador, India, Spain, United States, Netherlands, Mexico, Portugal and Sweden. Integro's projects have been awarded prizes in Peru and internationally.

is an interdiciplinary artist with focus on dance, choreography and performance. After she graduated from Iwanson International School of Contemporary dance in Munich (2011) she has presented her own work within dance and performance in Germany and Sweden. Her work aims to provoke and question the generally accepted and known and to engage the creative mind. Currently she is active in numerous projects with Teatermaskinen and Dansmaskinen but also as a freelance artist in different collaborative constellations.

actor and performer from Teatermaskinen. Hannes has worked with Teatermaskinen since 1998 and formed an essential part of our search for a new kind of actor. Hannes has performed in all Teatermaskinen´s major productions and is also working as a set designer and as project manager for the Truth Motherfucker project.

Is a composer, music producer and sound artist who composes music for theatre, dance, performance, film and installations. He runs the Institute of Highspeedart and has worked with all of Teatermaskinen´s major productions.

is a video artist who runs Mirjam Hector film & art. Mirjam has made video works with Teatermaskinen in many productions such as extasy +/- noll, Logosfält, @work and Utopimontage.

WHERE EVERYTHING FALLS OUT

a work space and a platformfor life-long learning. We work in cooperation and with participation.We are a Quattro Helix Machine and a place in The Culture Reservation.